Choose the appropriate model year for the Volvo XC60 you are trying to find the warning lights for from the list below. 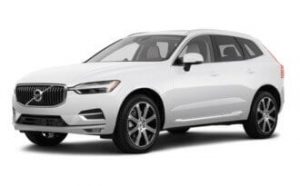 The middle child to the subcompact XC40 and XC90, the Volvo XC60 is a compact luxury crossover. Volvo introduced the first generation of this luxury SUV in 2008 and signified the company's new "60" series.

The 5-door XC60 features a front-mounted engine with either front-wheel or all-wheel-drive transferring that power to the road.

There have been a number of turbodiesel and gasoline engine options available, ranging from the smaller 2-liter turbocharged inline-6 to the rather powerful 3.2-liter inline-6.

As with most of Volvo’s offerings, the XC60 usually goes up against its German rivals. In this case, these are the Audi Q5, BMW X3, and Mercedes-Benz GLC. All of these feature the typical stylish looks, luxurious interiors, larger size, and heightened safety.

The first-generation XC60 shared a lot of technology with the Land Rover Freelander, due to the shared ownership by Ford. It also featured Volvo’s P3 platform.

Being a mid-size family SUV means safety is always a priority. And thankfully when it comes to safety, there are no surprises with the XC60, boasting some of the highest safety ratings from the Euro NCAP.

The second generation of the XC60 came onto the market in 2017 after its unveiling at the 2017 Geneva Motor Show.

This update brought about a fresh facelift, as well as the new Scalable Product Architecture (SPA) platform.

This is also when the T8 plug-in hybrid variant of the XC60 joined the lineup. The second generation also saw a more environmentally friendly change to the powertrains, with turbocharged inline-4s across the board.

As with all modern Volvos, trim levels include the Momentum, R-Design, Inscription, and sporty Polestar.

The changes did not go unnoticed as the XC60 was awarded the World Car of the Year 2018 under the mid-size SUV category.