Choose the appropriate model year for the Chrysler 300 you are trying to find the warning lights for from the list below. Replacing many lines from Chrysler, the 300 has always had a strong "American" and "masculine" design applied to it.

It is a full-size car that has taken its design cues from classic models from American automakers during the mid-1900s.

It launched in 2005 to replace 300M and the Concorde in the USA, it also replaced other lines in Europe and Australia.

The first-generation model was available as both a saloon and a station wagon - when the car moved into its second generation in 2011 Chrysler dropped the station wagon version.

Across both generations, a performance variant of the 300 was offered, first known as the SRT-8 and then simply as the SRT.

Both performance versions are powered by a V8 that can propel the car to 60mph in less than 5 seconds.

Underneath both generations of the car is the Chrysler LX platform that is based on the Mercedes E-Class.

With the move to the second generation, the chassis was slightly upgraded to include the front suspension of the larger S-Class too.

Buying the car in the UK you will find that it is actually labeled as the 300C with slight tweaks to help it sell in that market.

In some regions (such as parts of Europe and Ireland) the car is sold under a different brand as the Lancia Thema. 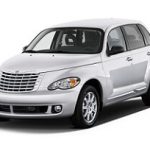