Choose the appropriate model year for the Citroën DS7 Crossback you are trying to find the warning lights for from the list below. 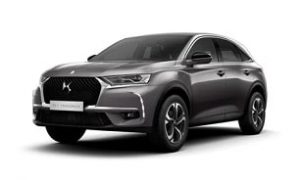 About the DS7 Crossback

The DS7 Crossback is a compact luxury crossover SUV that has been manufactured by DS Automobiles since 2018. DS was a luxury subbrand of Citroën until the two groups separated. During this time, there has only been a single generation released.

It represents the first SUV released by DS in the European market, although the DS 5 was the first to be released globally upon its debut in China.

It is built on the EMP2 platform and shares a number of similarities with the Citroen C5 Aircross, which is also built on this same platform. It features a 5-door SUV layout and is driven by either front-wheel or all-wheel drivetrains.

Besides its Citroën counterpart, it faces competition from various other models in the packed class. The most notable of these include the Volvo XC40, Audi Q3, BMW X1, and Mercedes-Benz GLA.

Trim levels for the DS 7 consist of four luxury options. These are the base Elegance, followed by the Performance Line, the Prestige, and the premium Ultra Prestige packages.

Transmissions are either a 6-speed manual or an 8-speed automatic gearbox depending on the engine and trim selection.

Interestingly, the DS 7 Crossback is also used as the presidential car by Emmanuel Macron, the president of France since 2017.