Choose the appropriate model year for the Lincoln Town Car you are trying to find the warning lights for from the list below. 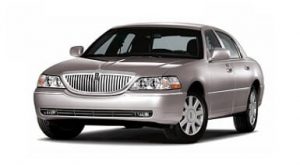 About the Town Car

As Ford’s luxury division, Lincoln has always had a lot to compete with. One of its flagship models was the full-size luxury sedan, the Lincoln Town Car, which enjoyed a long production life from 1980 to 2011.

Over the years, the Town Car evolved from a typically boxy model that was typical of 1970s and 1980s US car design, to a more rounded and softened design for the third generation.

It was first powered by a 4.9L Windsor V8 engine paired with a 4-speed automatic transmission. It remained as V8 all the way to its final model year, finishing in its third generation with a 4.6L Modular SOHC V8 unit delivering up to 239-hp and 287 lb-ft of torque.

The Lincoln Town Car was also well known for its stellar safety record, being the first production sedan in the world to get 5-star ratings across all categories from the National Highway Traffic Safety Administration (NHTSA) for the 2003 model.

The Town Car was once available with a large number of optional features, by the middle of the third generation, in order to streamline production, Ford decided to streamline the features, making most things standard except for 4 remaining options, which were HID headlights, 18-spoke polished wheels, a trunk organizer, and whitewall tires.

A number of special editions were also produced through the years, including the 2003 Limited Edition, which featured heated seats and driver memory function, two-tone paint schemes, and limited-edition badging. Another was the 25th Anniversary Edition which came with chrome B-pillar and door handles, and uniquely made use of eucalyptus wood for the interior trim.