Choose the appropriate model year for the Jaguar F-Pace you are trying to find the warning lights for from the list below. 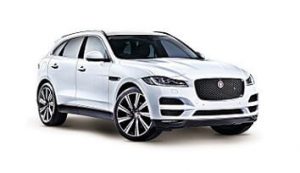 The F-Pace made a huge splash when it came into Jaguar’s lineup in 2016. It quickly became the company’s best seller globally, as well as the fastest-selling model in Jaguar history.

Jaguar’s F-Pace sits firmly in the SUV class and also plays the role of the larger sibling to the smaller E-Pace. Like many others in the SUV class, the F-Pace is a 5-door 4x4.

Being a full-size SUV, the Jaguar usually faces competition from the likes of the Audi Q5, BMW X5, and the Mercedes Benz GLC.

The F-Pace comes with a number of engine options, most of which indicate Jaguar’s insistence on performance for the SUV.

Diesel engines give you the options of several different 2-liter Ingenium inline-4 configurations, as well as the 3-liter V6. All of the diesels are turbocharged.

There is also a plug-in hybrid variant of the same 2-liter turbocharged petrol Ingenium inline-4. This time it is paired with a 105 kW electric motor. This hybrid technology will get the F-Pace to 100km/h in just 5.3 seconds, just one second slower than the V8.

There has only been one generation of the F-Pace so far, with it receiving a modest facelift in 2020. The majority of these changes on the exterior were relatively subtle.