Choose the appropriate model year for the Alfa Romeo 4c you are trying to find the warning lights for from the list below. A mid-engine sports car, the 4C is a vehicle created by the Italian car manufacturer Alfa Romeo (currently a subsidiary of Stellantis). Debuting at the 2013 Geneva Motor Show, the 4C was constructed as a coupe with a Spider body in style and the 4C simply translates to ‘four cylinders.’

Initially showcased as a concept car, the 4c had two seats, was a rear-wheel drive, received technologies from the Alfa Romeo 8c Competizione and had a 1750cc direct injection petrol engine. This version of the vehicle was introduced at the Geneva show, Mille Miglia, the Goodwood festival of speed and finally the Frankfurt Auto Show. German magazine ‘Auto Bild’ hailed the 4c ‘the most beautiful concept car’ and following this praise, orders started flooding in from Europe onwards from October 2013.

As part of a marketing campaign, Alfa Romeo designed and built a 4c bicycle, a sporty, sleek-lined bike that took design cues from its namesake. These carried the hefty price tag of between €3,500 to €9,000 depending on the spec.

The Northern American version of the 4c launched in 2014 at the New York International Auto Show with the first 400 shipped early. The 4c enjoyed a short sales period in the USA of just 4 years after Alfa Romeo decided to pull the model rather than redesign it to comply with the new stringent safety standards.

In motorsports, the Alfa Romeo 4c competed in the Nürburgring Nordschleife in 8 minutes 4 seconds and was also used as the official safety car of the superbike world championship. In a bid to further associate the brand with MotorGP, Alfa Romeo released the 147 limited edition in honor of the Australian Ducati racer Casey Stoner winning the championship. 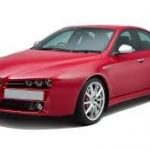 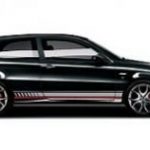